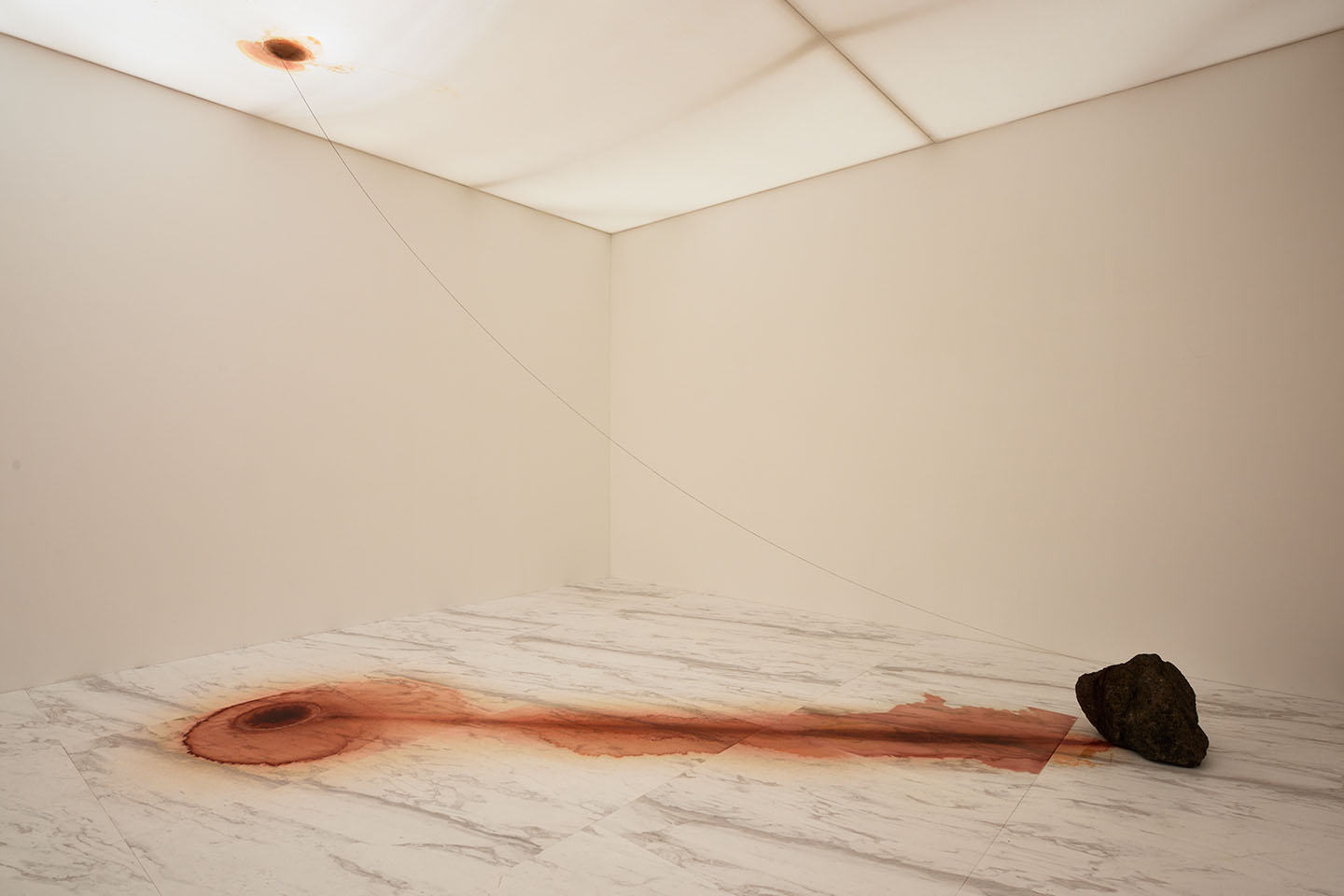 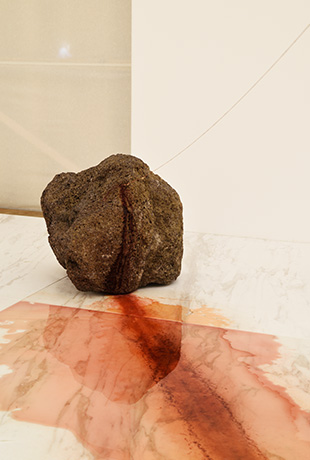 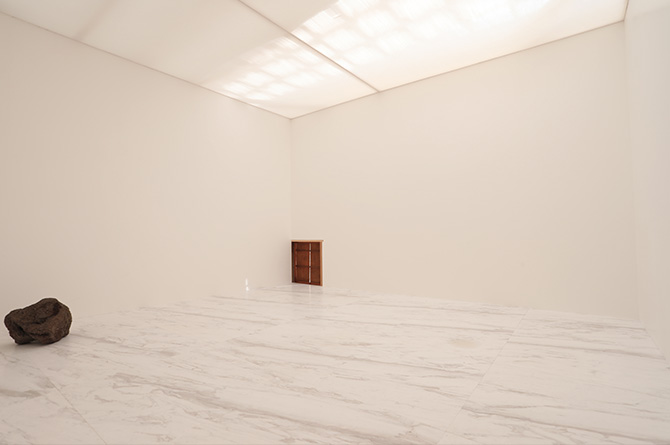 Color is treated today as codes of information, such as in the color systems, RGB and CMYK, but in ancient times, plants and color went hand in hand and had their own particular relationship with one another. For example, the color red was represented by the madder plant and blue by the indigo plant. Based on accounts handed down from the past, the act of extracting color from plants existed as the foundation of offering prayers to nature, and it was believed an echo of the plant's spirit dwelled within that extracted color. The piece for this exhibition uses the liquid extraction from madder harvested in Japan. Pigment from madder has been found in clothing from the Yayoi period in Japanese history and was later written about in the ancient Japanese texts, the Kojiki and Man'yoshu. Its role as various symbols has changed through the shifting eras up to the Meiji period. The title, beclouded, becalmed, belighted, holds the meaning of purifying colors from those encoded in swamps and rebuilding a connection we had lost to the spirit of plants.